Climate Bonds: Wave of the Future?

Thank you to those who helped make the Climate Bonds seminar a success!

A recording of the seminar is available below:

Bonds (Green Bonds) to fund water and climate projects in Delaware and the Delaware Valley. With new infrastructure legislation and funding coming from the state house to the White House and from Dover to D.C., this is a great time to hear about innovative funding opportunities from the experts in what promises to be a free flowing and informative discussion.

This webinar will be led by experts in the fields of finance, environmental protection, and air and watershed management. The seminar is co-hosted by the Office of the State Treasurer and the University of Delaware Water Resources Center (Biden School of Public Policy & Administration) with support from the Water Resources Association of the Delaware River Basin, and will be moderated by Erin Arvedlund, personal finance and investment reporter for the Philadelphia Inquirer.

After registering, you will receive a confirmation email containing
information about joining the meeting. 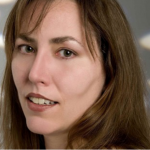 Erin Arvedlund
Erin Arvedlund covers personal finance and investing for The Philadelphia Inquirer. Erin began her career as a reporter at Dow Jones newswires and has worked The Moscow Times, TheStreet.com, Barron’s, The New York Times, and has Wall Street experience, having worked in the hedge fund industry at Sanford C. Bernstein private bank at AllianceBernstein.
Erin writes a weekly column for The Philadelphia Inquirer on personal finance and has authored two books “Too Good To Be True: The Rise and Fall of Bernie Madoff” (Penguin 2009) and “Open Secret” (Penguin 2014) which addressed the scandal surrounding the rigging of interest rates. 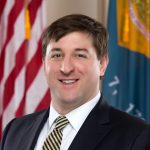 Senator Bryan Townsend
Sen. Bryan Townsend represents the 11th Senate District, which covers the Greater Newark area and Bear from Del. 72 east to Route 7, and Old Newark Road south to U.S. 40. Bryan is the son of a retired Newark police officer and a retired public school teacher. He graduated from Glasgow High School in 1999 before attending the University of Delaware (economics/philosophy/biology), the University of Cambridge (Chinese studies), and Yale Law School. After law school, Bryan returned to Delaware to clerk for Chancellor William Chandler III of the Delaware Court of Chancery. He then became an attorney focused on Delaware corporate litigation, and has represented Delaware businesses of all sizes, as well as children in foster care, victims of domestic violence, and a veteran with service-related disabilities. Bryan was first elected to the Delaware Senate in 2012. The Senate Democratic Caucus elected him Majority Whip in 2018 and Majority Leader in 2020. He currently chairs the Senate Housing Committee and serves as vice chair of the Senate Executive Committee. Bryan is also a member of the Senate Agriculture, Education, Judiciary, and Rules & Ethics committees. He previously chaired the Health & Social Services Committee and Banking & Business Committee and served on the Capital Improvement Committee (Bond Bill). Bryan has volunteered with the Christiana Volunteer Fire Co., Special Olympics Delaware, the Food Bank of Delaware, and Big Brothers Big Sisters Delaware. Bryan and his wife Lilianna, a fellow attorney and a first-generation Vietnamese American, are proud parents of two young, spirited sons Logan and Landon. 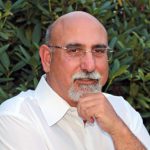 Anthony (Tony) J. DePrima, Ph.D.
Dr. DePrima became the Delaware Sustainable Energy Utility’s (SEU) first Executive Director in October 2011. The SEU is a unique non-profit organization. Through its Energize Delaware initiative, it helps Delaware residents and businesses save money through clean energy and energy efficiency programs. It offers several financing programs including direct loans, tax exempt bonds and leases, and administers the Delaware Property Assessed Clean Energy financing program. In 2019 the SEU issued an $18 million tax exempt bond that was self-certified as a Green Bond. Dr. DePrima received his Ph.D. in Urban Affairs and Public Policy from the University of Delaware in 2018. 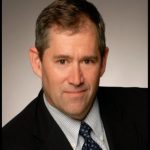 Thomas K. Beckett
Thomas K. Beckett joined NW Financial in February of 2013. Mr. Beckett brings with him over thirty years of experience navigating the financial, political, regulatory and policy environments in economic development, utilities, human services, healthcare, education, non-profit and state/local government. Tom has developed expertise in project financing and P3 consulting involving multiple governmental, private, and non-profit parties.  Tom has closed over $10 billion in transactions for over 300 clients as an issuer, consultant, financial advisor, verification agent, investment banker and strategic planner during his career.  At NW Financial, Mr. Beckett has served as lead advisor on high-profile nonprofit consulting engagements including a $1 billion acquisition of Albert Einstein College of Medicine by Montefiore Medical Center, a $50 million debt restructuring for New Jersey City University and multiple financings for the Delaware State University.  Tom currently serves as financial advisor to the City of Allentown, Reading Area Water Authority as well as several school districts.  An active volunteer in his community, Tom served as President, Treasurer and board member of the ARC of Chester County. Mr. Beckett also served as a founding trustee and Chairman of the Community Trust of Pennsylvania, growing the Trust to $42 million AUM in nine years.  Tom is in the process of earning certification as an Emergency Medical Technician and spends his winter weekends as a ski patroller.

Gerald J. Kauffman
Gerald is Director of the University of Delaware‐Water Resources Center (UDWRC) one of the 54 Congressionally-designated National Institutes for Water Resources (NIWR) supported by the U.S. Department of Interior at land grant universities in the 50 states, District of Columbia, and island territories of Guam, Puerto Rico, and U.S. Virgin Islands. The UDWRC is a research unit of the Institute for Public Administration within the Joseph R. Biden, Jr. School of Public Policy & Administration. Dr. Kauffman holds faculty appointments in the Biden School, Dept. of Civil & Environmental Engineering, and Dept. of Geography and has studied at the two oldest colonial land grant institutions in the nation, Delaware (est. 1743) and Rutgers (est. 1766).