Synthesis of Water Rates in Delaware and Contiguous States 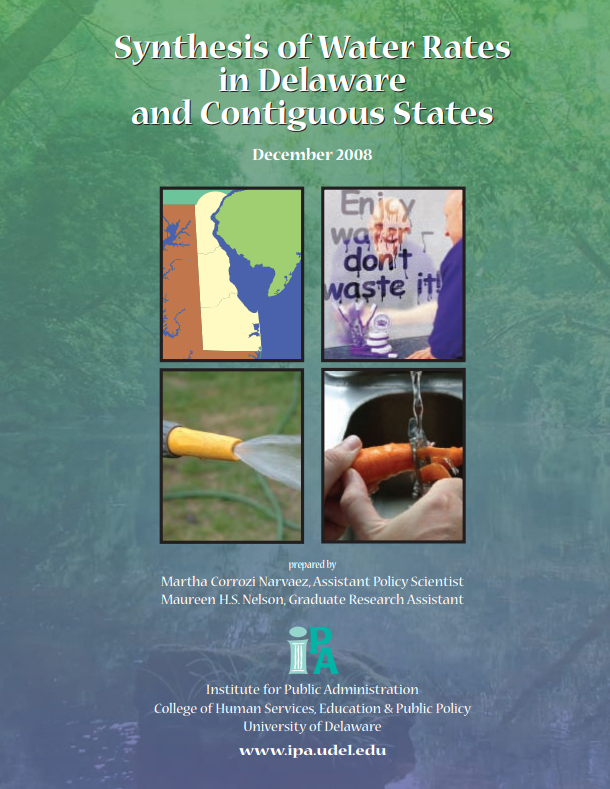 The University of Delaware’s Water Resources Agency in the Institute for Public Administration, conducted an inventory of residential water rates for public- and investor-owned water utilities within Delaware and its adjoining states—Maryland, New Jersey, and Pennsylvania. The draft 2014 report is an update of water-rate surveys prepared in 1996, 2000, 2004, 2008, 2011, 2012, and 2013.

The purpose of this inventory is to summarize and compare residential water rates for Delaware and the surrounding states based on a compilation of water-rate data from water purveyors collected via telephone, e-mail, fax, and websites.  The data are presented graphically to provide a comparison of the water rates in the Delaware Valley region and illustrate the change in water rates over time. The authors intend the reports and data to be used by water providers; federal, state, and local water agencies; and the public.